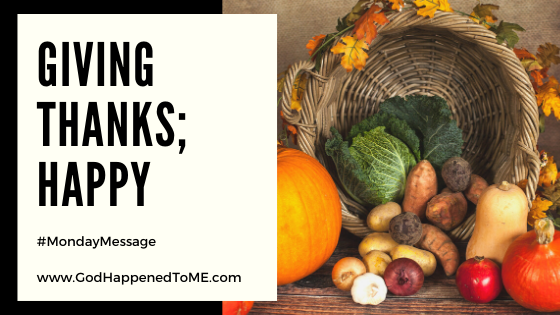 If I’m being honest with you and myself, I spent the last 10 days in a constant state of anxiety because of the upcoming holiday.

On the one hand, I absolutely love this time of year. People are filled with love and generosity, warmth (in colors and heart) flows with abundance, and there is so much singing. Yes, this is indeed my favorite time of year!

Yet on the other hand, this time of year is marred by so much pain for me. On my mom’s side we have three people (my mom and two of her brothers) who were born in December. December of 1996 my grandmother was in coma on my mom’s birthday, died on one uncle’s birthday, and was buried before another uncle’s birthday. Christmases had always been rough financially and, on some levels, I had gotten used to that, but then that year it was emotionally difficult. The following Thanksgiving we tried to have a big family dinner that was beyond disastrous and led to decades of limited talking. In December 2009, a different one of my mother’s brothers passed away in Jamaica. Fast forward to last year, another uncle (again, one of my mother’s younger brothers) died on October 3rd. I gathered my mother with her only four nieces (who are in the States) and took this beautiful picture to savor the memory… and I thank God for that opportunity. This year my cousin (one of the nieces that my mother had just seen and hugged in October at the funeral) was murdered on February 15th. She left behind a beautiful now-four-year old son and this will be the first holiday without her. She would have been 30 in September.

For every action, there is an equal and opposite reaction, right? Well, I did not grow up with my father or his side of the family. In my adulthood, God blessed me with the ability to reconnect with them and catch up on decades of undelivered love. One of the people who poured constantly into me was my Uncle Tim. He was an Apostle and a fierce and revered man of the Gospel. In December 2013 he was in a coma on his brother’s (my paternal uncle) birthday and he went on to be with God on December 23rd.

December is a hard month for me.
Just a lot of deaths and unhealed wounds…
And despite the permanent smile that I wear on the outside, the change in the season sends me into the fastest spiral of depression and I wear the smile to hide how much I hurt on the inside. In fact, the main reason that I talk so much about mental health around this time of year is because I am hurting and my intent is two-fold: heal myself and prayerfully heal someone else, too.

In light of all of that, I was plagued with anxiety because on Wednesday (Thanksgiving Eve) my mother and I will host her family at our house for dinner. I have to laugh at the irony because we are Jamaican and Thanksgiving ain’t got nothing to do with us, but regardless, we finna eat good (vegan eats for me, of course). Anxiety crept in because- as I learned on Friday while attending prayer service- I am afraid that this is the gathering before another death.

There.
I typed my truth.
I am terrified that someone else will leave unexpectedly.
Whether that departure is temporary or permanent, I am afraid that separation will come after this gathering.
This is no way to live (living in fear) but we are just being honest here, right? This is a safe space, right?

Yet as I sat in prayer service on Friday night, God finally whispered His truth to my heart. I heard Him clearly as He identified my pain and graciously reminded me that He was right there with me, holding my hand. He sweetly and gently spoke to me, reassuring me that He was actively trying to heal me from all of that pain, anxiety, and depression.

And I felt His healing power covering me at the very moment.

As I write this, my heart recalls a beautiful sign that God sent me a few weeks ago. It had only rained briefly but when I opened the door to leave my job, I saw this and my heart melted. God spoke to me right there and comforted me. He told me that all my pain, though divinely purposed, would pass away shortly and all that would remain would be His beauty. So dear friend, I share that sign with you… and I share that comfort with you.

I extend wishes to you and your family for a safe and happy Thanksgiving. Enjoy the food, fun, and fellowship; eat and be merry!

Hmmm… what I am about to say will sound so weird to you. The words remind me of Meryl Strep’s character in the movie Mary Poppins Returns. She played a woman whose life got turned topsy-turvy on a particular Tuesday of the month. What was up, was now down; what was forward, was now backward. Everything was out of order until they weren’t anymore. After meeting with Mary Poppins, she began to see the beauty in the turned around-ness of it all. And if you are like me, still trying to heal and not 100% ready for the rightness of “Happy Thanksgiving”, I say this to you… it’s backwards and makes no sense… but in time the words and emotions will change to the correct order:

2 Replies to “Giving Thanks; Happy”