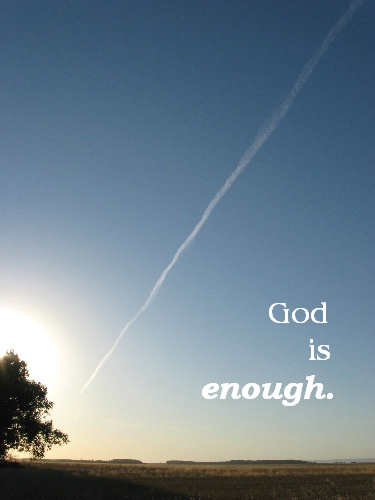 In April 2017 I decided to really start reading the Bible. My desire was based on nothing except the fact that I wanted to draw closer to the Lord by reading His word. I began following the reading plan listed in my African American Jubilee KJV Bible and to this day, I read the chapters in the three different books that are listed for every day study. When I first started reading, I was reading from an app on my cell phone, late at night, in bed, right before closing my eyes for the night. (So naturally, there were many nights when I fell asleep instead of reading the Word.)

After a few months, I upgraded myself and began reading from the actual KJV Bible that offered the reading plan. I was still reading at night and because it was KJV, I had no clue what the Word was actually saying. In September when I was still unemployed, I decided to create a dedicated Prayer Hour, where I would intentionally sit with the Lord and study. During this time if the Word said something that I could not understand, I would open my cell phone and pull up the same verse in a different translation. I used this study method until October when my bestie blessed me with a Women’s Study Bible (NKJV) that offered great explanations and references for each scripture. I continued with daytime reading until I became a substitute teacher in late October when I went back to evening reading. I truly felt that my time in the Word was growing me, as I continued to give the Lord more of me… but He still required more.

Saturday as I was sitting at home, catching up on readings that I was too exhausted to complete on Friday night, God said to me, “Michelle, do better.” (I told y’all, God holds no punches with me; He speaks bluntly to me.) He was telling me that I need to make Him more of a priority and less of an afterthought. As confirmed by yesterday’s church sermon, I am not an afterthought to Him, so He should not be an afterthought to me. In that moment, I vowed to adjust my comfortable sleeping schedule and commit to reading His word in the morning; after I fall to my knees for prayer, but before I leave the bedroom to begin my day. He wants my firsts, not my lasts and definitely not my afterthoughts. So, I began yesterday giving Him my firsts and this is what He gave me:

So he was there with the Lord forty days and forty nights; he neither ate bread nor drank water. And He wrote on the tablets the words of the covenant, the Ten Commandments. – Exodus 34:28

So Moses went into the midst of the cloud and went up into the mountain. And Moses was on the mountain forty days and forty nights. –Exodus 24:18

Do you see what I see? Much had transpired between chapters 24 and 34 yet the same thing happened in both verses: Moses went up to be with God, for 40 days and 40 nights, and he needed nothing to eat or drink while he was with the Lord. The Lord was enough.

That had me so messed up yesterday morning as I got ready for church! My favorite number is three, so I tend to do and see things in threes. As I thought of those two scriptures, I thought of a third time that I had seen the same type of scripture: Matthew 4:1-11 (Specifically verse 2; see below.)

And when He had fasted forty days and forty nights, afterward He was hungry. –Matthew 4:2

In both cases, someone (Moses in Exodus and Christ in Matthew) was having time with the Lord, for 40 days and 40 nights, and they needed no food, water, physical protection, rest, etc. … because they had God. Being in the mere presence of God was enough; they were fully sustained by El Shaddai (God Almighty).

Now I am not saying that we should run off to the nearest church and sit there for 40 days and 40 nights, without food, in an attempt to draw closer to God (please do NOT do that). However, I am saying, that we should be able to deny our flesh in order to spend time with God and draw nearer to Him.

As we enter into another week during the season of Lent, I know many of you are either struggling or thriving in your fasts, but I ask this: why did you fast?  Are you like the old me, fasting because everyone at church was talking about what they were giving up and you did not want to be left out? Or did you fast because you really wanted to draw closer to the Lord? If the latter is true for you, I can promise you that the results will be greater than you expected.

When we deny our flesh (that’s what fasting is) and diligently seek the Lord through prayer (the key component to fasting), He will move in our lives. As I have said before, fasting without prayer is a diet and prayer without fasting involves no sacrifice. Both components are needed in order for it to be effective. Also, when we deny ourselves and our flesh, we realize just how mighty and powerful God is. As we read in the aforementioned scriptures, Moses and Christ went 40 days and nights without the earthly items that we think we need to survive, yet they survived…because they had God.

Beloved, whatever you are seeking, whatever you need, whatever you lack, whatever your weakness- God is enough. Allow Him to be God in your life. Diligently seek Him and let Him be enough for you. When we are full on God, there is literally no room for anything or anyone else. When we are with God, we do not need to look to worldly things for comfort or guidance because we have Him.

We have Him and…