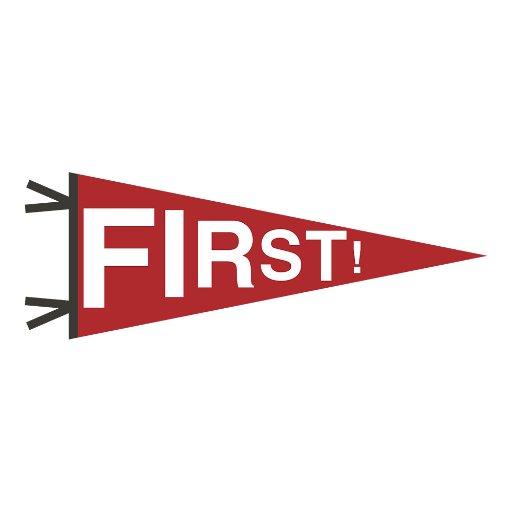 “You shall have no other gods before Me. You shall not make for yourself a carved image—any likeness of anything that is in heaven above, or that is in the earth beneath, or that is in the water under the earth; you shall not bow down to them nor serve them. For I, the Lord your God, am a jealous God, visiting the iniquity of the fathers upon the children to the third and fourth generations of those who hate Me,”- Exodus 20:3-5 (NKJV)

Exodus is the second book of the Bible and its name means “the exit”, as this is when the Israelites were exiting Egypt. They had been under Egyptian forces for quite some time and this book details how God raised up Moses to free His people and progress to the land that He had promised for them. As we approach chapter 20, we see that the Israelites have left Egypt (which was quite a battle in itself) and have been in the wilderness for three months (chapter 19). God was preparing them for the promises that He had for them and required that they consecrate themselves for three days and follow the directions that God had given Moses in strict detail. When they returned on the third day, God created great thunder, lightning, and thick clouds to cover the mountain (Ex. 19:16). God then sounded trumpets and He engulfed Mount Sinai in smoke (because He had descended upon it in fire (Ex. 19:18)). As the sound increased, Moses spoke to the Lord and God responded to him by voice. *pause, how amazing could that moment have been?* Then God came down to Mount Sinai and called for Moses. They had a brief exchange of words and then God sent Moses back to get his brother, Aaron (Ex. 19:24).

Chapter 20 starts with God speaking the words of the 10 Commandments to His children. He begins by reminding them who He is and how He brought them out of the land of Egypt and broke them from the bondage that had held them for so long. After this, the first thing He said was that they (and we) shall have no other gods before Him. After the grand entrance that He made, He could have said anything but His first commandment said that He comes first and there is no one before Him.

When I would read that as a child, I simply thought that God meant that literally, in that I should not worship anyone besides Him. I did not realize that there were many different types of gods in the world.

Hello, my name is Michelle…

…and I loved food more than I loved God.

In fact, food was my god.

I had battled obesity ever since I was eight years old. Food was my comfort and support as I was “recovering” from being raped.

As I have said before, food did not judge me. Food was always there, day or night, to listen to me and soothe my tears. I spent years in therapy, trying to heal from the pain of my past, all the while, running home to ice cream and pizza to help me heal from the therapy session. I woke up with food on my mind. I went to sleep with thoughts of tomorrow’s meals on my mind. Yes, I dieted often over the years but nothing ever lasted too long because I just loved food too much.

Back in April 2010, I made the bold decision to lose weight. I started taking a weight loss pill (Alli) and the weight really did begin to fall off. I had changed my eating habits but I did not exercise so the weight did not come off as quickly as it could have. By June 2012, I had lost about 90 pounds and hit a weight loss plateau so I decided to try Weight Watchers. With Weight Watchers, I was able to lose another 30 pounds in three months, bringing my weight loss total to 120 pounds. I was comfortably living in the 180-188 pound range and it was beautiful. I felt beautiful and others agreed. But I had never addressed the issue of my relationship with food. As a result, when life got hard and depression began to set in, the weight slowly climbed back on. By October 2016, I was right back at 314 pounds and struggling to fully understand how the weight how come back without me noticing.

So I did what I had not done before- I asked God for help. I really have to be more careful with how I pray. I asked God to help me lose the weight and keep it off. Little did I know that His method of helping involved a two-step process: 1. Preventing my body from tolerating the foods I loved and 2. Causing me to realize there was an addiction. In October 2016, I underwent my third Endoscopy because my stomach pain was too unbearable. As it turns out, the doctor said my body was not processing certain foods properly and I would need to give them up. So in November 2016, after much resistance, I decided to follow the doctor’s orders and I adopted a vegan lifestyle. The weight began to fall off but I still had an unhealthy relationship with food. I would inhale packages of Oreos, Capt’n Crunch and Corn Pops cereal, and Sweet Chili Doritos- because they were vegan and they tasted good to me. After a hard week at work, I would stop at Harris Teeter, get my goodies, and then lock myself away for the weekend. If you looked at my bank account, all you would see were purchases for food- whether it be grocery stores or restaurants- food occupied my mind and wallet. Yet I still could not see what food meant to me…

Like many people, I decided to start this year on the right track. I decided to really follow my dietary restrictions (I am supposed to be vegan, gluten-free, nut-free, soy-limited, avocado-free, and coconut-free) and work towards a healthier Michelle. This time, I am doing it only with prayer and constant support from God. As I began to grow deeper in Him, He revealed something that I had not noticed- I was addicted to food. My constant decision to consume what I knew was bad for me- destroying the temple of my body- was a prime example of how I was choosing food above Him…and thus making food my god. I only cared about doing what felt good to me…not about pleasing God…and that is the clear definition of not putting God first.

It is so easy to think that when God spoke at Mount Sinai, that He was telling the Israelites (and us) not to worship other types of gods, like the Greeks and Egyptians did. But when we really look deeper, we can see what He really meant- nothing comes before Him. While food may not be your god, we all have (or have had) something or someone that was more important to us than God.

Maybe it is a job/career.

Maybe it is a boyfriend/girlfriend.

Maybe it is a spouse.

Maybe it is social media.

Maybe it is the party life.

Whatever your god may be, it is time to let it go and put God first. One of my scriptures for 2018 is Matthew 6:33 (go look it up). I have decided that God needs to be first and foremost in my life…and then He will set everything else in its proper order.

Today I weighed in at 236.6 pounds; 78 pounds lighter than I was on November 1, 2016, 50 pounds away from my lowest adult weight, and about 65 pounds away from my goal. While I do want to lose weight and really be healthy, I have realized that I can do nothing without God…and that I cannot put my weight loss goals above Him, either. I have lost the weight before, but it did not last because I still held onto a strong addiction to food. This time I boldly declare to eat to live and not abuse what God has graciously given me.

I say goodbye to the god that ruled my life for 24 years.

I say hello to God; who loved and knew me before I was even formed in my mother’s womb.

Beloved, there is not one thing or person who should come before God. Whenever you begin to question what that statement means, open your bible and reread Exodus 20:3-5. God was abundantly clear in what He meant and He left no room for questions or misunderstanding. Put Him first and watch everything else fall into place.

*Click here to watch Vlog Episode #5, as I talk more about my struggles with weight.*