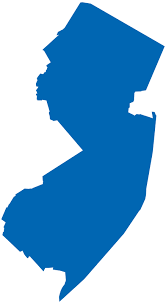 Last weekend I went to Houston to visit my family but there was one particular cousin, whom I love dearly, that was not in Houston so I decided to venture to New Jersey to visit her. She is a youth pastor and a strong ministry leader…but she is also family so I wanted to be near her and enjoy some time with her (I come from a “love on you” type of family). I don’t know what I was expecting the weekend to bring, but much like last week in Houston, this weekend brought about a serious spiritual awakening.

On Friday afternoon I began my drive from Maryland to Jersey to see my cousin, S. Like her siblings from last week, it had been 3yrs since I had last seen her but time did not change our love and bond. When I arrived, we sat and chatted for a bit before we stepped out for food prior to attending a meeting at her church. When she told me that she had a meeting, I assumed that she was having some staff only meeting that I would not be able to attend. As God would have it, her “meeting” was actually part one of a two day Leadership Development Institute…and God wanted me there to receive the lesson.

I sat in the church and listened as Pastor Dharius Daniels began his unique approach to church leadership. I soon realized that his approach to leadership training was designed to help us dig up the past and then re-bury it for Christ. His approach says that in order for us to be effective leaders in the church, we must unpack the pain from our past, realize the emptiness in our cups, and then allow Christ to fill it. So I’m sitting in the class with my mind churning and trying to keep calm while this pastor, whom I’ve never met, drove right down my street and knocked right at my door. Like, I’m pretty sure this whole leadership institute was specifically for M.E. YYep, I’m just there-  blown away by the words that Pastor Daniels is speaking because they are being spoken directly into my heart and spirit.

Literally, that’s how God is with me… He will set up a series of divine occurrences just so that I can be the recipient of a particular set of information. My God is just that amazing.

His cup demonstration involved the following words, sitting next to empty cups: Acceptance, Affirmation, Affection, Appreciation, Encouragement, Respect, Security, Support, Attention, and Comfort. For each cup, we had to “fill the cup” to represent the level of fullness that we received from our family/village as a child. It took me all of 30secs to fill out my paper because most of my cups were beyond empty. As a child, I only received a strong helping of attention…and that was only after I had reported the rape. The cups for Acceptance, Affection, Encouragement, Respect, Support, and Comfort were poured into just a bit…and that was because of my best friend’s parents. As I looked at my blank paper, I saw just how empty my nourishment cups were during my youth and became a bit sad as I realized how their emptiness contributed to my difficulties as an adult. I wanted to dwell there, but God was moving and working.

After we filled the cups, Pastor had us break into groups to discuss our cups. I was grouped with my cousin and another church leader (who just so happened to be my soror!) and it was then that I realized just how blank all of our papers were. Pastor tasked us with three discussion topics, with the last being this: pick one of your more empty cups and state how God converted that into a blessing. WOW!!!! I chose to focus on my Affection cup. This cup had about a drop of water in it but I realized that God had converted its emptiness by blessing me with a large, giving heart. Yes, I  lacked affection as child but as an adult, God gave me the ability to love others with no borders and He also gave me the gift of empathy.  Lesson: God took my pain and gave it purpose.

When you put two cousins together who haven’t seen each other in years, late-night conversations become mandatory. We did not even consider sleep until about 2am Saturday morning…and we were due at church at 10am. Yikes!!! Thankfully, God saw fit to make our short amount of sleep time meaningful and He allowed us to wake up on time for Day Two of the Leadership Institute.

After the blessings of Day One, I thought I had prepared myself for another day of awakenings but nothing prepared me for this day. Ok, the entire lesson was phenomenal but the last five minutes blew my mind. Apparently every year when Pastor has this Institute, he gives a theme for the entire year. What was this year’s theme, you may ask? *Sit down before you read this*

LEGACY: Make a mark that matters

After the reveal, Pastor continued to explain his rationale for this ingenious theme. He explained that when most people think about a legacy, they think about what is left after a person is deceased. However he added that the legacy has to be created while the person is still living… and that this was our time to create what we would be remember for.

That’s what I needed to hear and that’s what I had been hearing for a few months…that this was my season to create the legacy that would live beyond my time here on God’s earth. Much like my late uncle, Rev. Dr. Timothy Early, it was time to do the work of the kingdom that would live beyond this earthly vessel. (see my post from my trip to Houston: Free to faith it…)

The rest of Saturday was spent with lots of cousin time and hearty naps, as we prepared for Sunday morning services.

After the way Friday and Saturday went, I just knew the type of day that Sunday would be. Pastor Daniels spoke to my heart and soul for two days- and those weren’t even regular church services! And of course, God did not disappoint.

Pastor Daniels was on week three of a series entitled Get Out, with a specific sermon title of “Fatal Attraction” (Judges 16:4-5). In his sermon, he mentioned how Samson was in love with Delilah…yet she was in love with mammon (not just money, but also influence, wealth, and the perceived esteem that they bring). As he went through his sermon, he stated that when mammon wants to grab hold of your life, it does not grab you physically, but instead grabs on to what you have on. He further added that Samson was covered in impulsiveness, impatience, and esteem.

After service, I watched as my cousin performed the work and ministry duties that God had given her. I thoroughly enjoyed watching her work her Godly magic with the children’s ministry at her church’s two campuses. She inspired hope, laid the groundwork for future projects and ideas, and then went around fixing what was broken to ensure that children could learn about Christ. She was amazing!

The rest of Sunday was spent sharing a meal and napping. Faith, family, and food- that’s what Sundays are made of!

My takeaway from Pastor’s messages this weekend is this: God has so much greatness in store for our lives, far beyond that which we can see. As we take on the greatness that He has, we must release those things that are not of Him.

My takeaway from the weekend (and the month) as a whole: Family is the key that unlocks the past and opens the door to the future.

When the year was about to begin, I created my first Vision Board ever. I had so many dreams for this year, and up until recently, I thought I was not achieving them. This weekend in Jersey showed me that God had allowed every vision to come true…just maybe not in the way that I had originally wanted. My biggest goal for 2017 was to develop a deeper and better relationship with Christ. Another big goal was to have a better relationship with my family. In the nine months that this year has offered, God has managed to use each one of those goals to accomplish the other. As my relationship with Christ strengthened, my relationship with my family strengthened… and vice versa. I learned that they were two halves of the same whole and that I needed one to have the other. 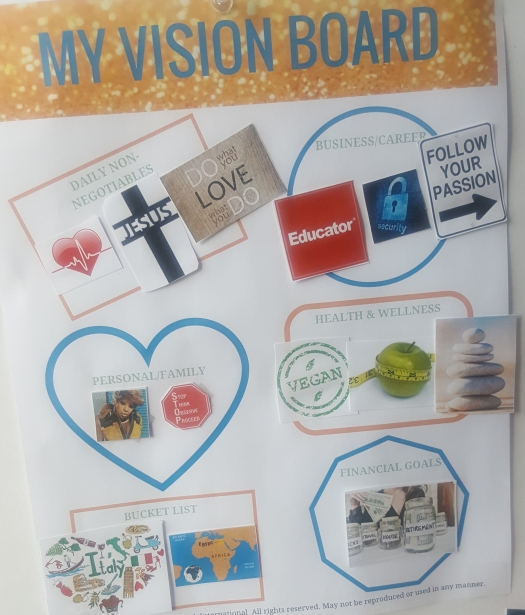 My advice for you…

God has so much planned for your life. In order to unlock what He has waiting for you, you have to let Him in. Once we let Him in and truly allow Him to move independently in our lives, we will begin to shed the qualities and impurities that separated us from Him.

When your time on earth has come to its end, what do you want to be remembered for?