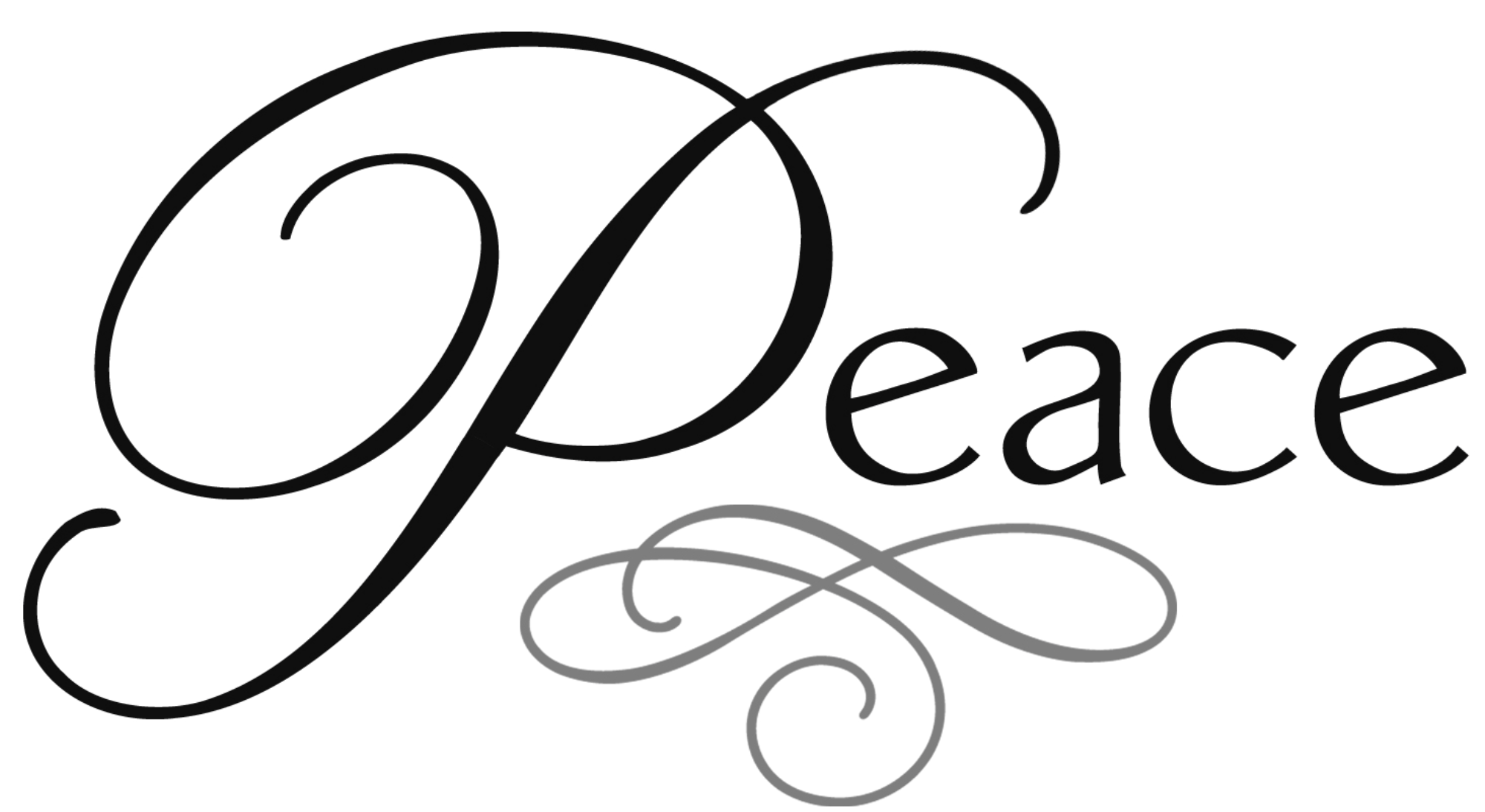 A family member of mine came into town to visit for one month and is staying with me and my mother. This family member and I were always very close but our relationship changed once I decided to cut the puppet strings that my family held over me. In fact, since December she and I have had limited interactions with one another and only maintained a social media “friendship.” So naturally when I found out that she was coming for a visit, the human side of me was apprehensive about her visit because I can remember how past visits ended (her visits into town were always filled with arguments and have ALWAYS ended badly). But still, the Christian side of me said my prayers and prepared for her arrival. When I was “volunteered” to pick her up from the airport on Thursday, I continued to pray, asking the Lord to make this trip as smooth as possible. Thursday went smoothly so I held out hope for the remaining four weeks, but as life would have it, things went south…

It started with a dream…

Because I am trying to avoid disclosing the name of this family member and our relationship, I am carefully recapping the past few days but I will start with Thursday night.

As the evening wore on, I said my prayers and hopped into bed to read my scriptures. Sleep came quickly that night but it was far from peaceful. I had a dream that I was in some random neighborhood, walking down the street with a man. As we walked, I looked down and noticed that there were snakes in every patch of grass that was before us. Considering my great fear of snakes, I told him that we needed to run back home. So we did. When we got back to the house, I shouted to the person who was in the upstairs window about what had happened when all of a sudden, snakes began falling out of the window. I jumped up in sheer fear of my dream and I started saying a silent prayer, while trying to fall back to sleep. However, every time I tried to close my eyes, I kept seeing snakes. Snakes were infiltrating my every thought and vision! I tried to google what this type of dream meant, while simultaneously praying that God would remove the thoughts so I could return to sleep. After a few prayers and a quick recitation of Psalm 23, I drifted off to sleep. I spent the entire day trying to understand the reason for the dream. Was it because I was trying to learn more about my deceased grandmother? Was it because I had been speaking to both of my parents about spirits? Or was it more literal, indicating that there were snakes (conniving people) in the midst. Because I refused to believe the latter, I repented to God for attempting to communicate, in any way, with my grandmother and I moved on. And then Sunday came…

This relative had gone to visit friends for the weekend but decided on Saturday night that she would return on Sunday, earlier than she had planned. I immediately grew frustrated because I value my after Sunday service solitude and, since my family is loud by nature, I did not want to be bothered by her presence (truth is never pretty). When she came home on Sunday, I told her that I wanted to be alone and that I just needed my space so I went I to my bedroom. In fact, I had told my whole family that I wanted to be alone so I was surprised when every single person kept calling me and requesting something from me. Had they not seen my texts? Were they incapable of reading, or better yet understanding, my messages? Was this a test? As they continued to ignore my requests, I grew more and more irritated. And then I snapped. The same family member had the nerve to ask me later if I was still in need of my solitude. It wasn’t what she asked, it was how she asked it. It was as though she was being slippery or trying to be conniving. So I answered her question with anger and walked out of the room.

For the next 24hrs, I stayed to myself and said nothing to anyone because I felt my grip on my peace slipping and silence was the only way I knew how to get it back. It was in that silence when I realized some things. The first thing I realized was that every thought of suicide that I had ever had came as a direct result of something my family had done. The pain that my family had inflicted on me ran deeper than my uncle fat-shaming me and my brother raping me for 2yrs. No, this pain was something that was always spoken to me.

“Everyone told your mother to abort you.”

” Your father’s family hated you and your mother…they thought she wasn’t good enough for him.”

” You don’t have a chronic disease like me so you should be able to do better than you are doing.”

That’s what my family (not my mother) said to me. Hearing that for the last 23yrs took a toll on me. So much so that whenever I thought about the rape or anything else in my life, I recalled those comments and sank deeper into my depression. The deeper I sank, the more I wished that God would just come and call me home.

But He didn’t; He had bigger plans for me.

But I need peace….

So as I was sitting in my room yesterday, enjoying my peace, my relative rudely banged on my door, asking for a pen for her child under the guise of my love for helping the kids in the family. That was it! She had pushed my last button! So I stormed out of my room and confronted her. I asked her why she felt the need to bang on my door, so rudely, and make that statement. She then threw on her best act of meekness and tried to play like she hadn’t just gone 5-0 on my door. We got into a heated argument about how she thinks that she is the only person in the family who has felt pain, just because she has a physical disease. She called me stupid and reminded me that she was born with her disease and can’t control her pain. To which I responded that I had no control over my brother raping me and the subsequent pain that it would cause me. ( I should also add that her 11yr daughter was standing right there, listening to the whole conversation, because she made her stay for the argument….despite me telling her to go into another room.) Naturally, the heated argument caused my mother to wake up, in an attempt to find out what was going on. Through my shaking and my forming tears, I told my mother that I was tired of her family hurting me and I retreated to my room.

My mother came in and asked for a recap of what happened. I told her everything and held nothing back at all. I told her about which family members said which hurtful comments; detailed why I always contemplated suicide when around family; and explained how my tattoos, piercings, drinking, and eating were all coping mechanisms for me.

Actually, that’s not true. She said two things to me.

First she apologized on behalf of her family and then she said “Don’t let anyone break your spirit.”

Then she hugged me, like she’s never hugged me before, and that’s when I felt it. I felt my mother’s heart break.

Peace comes at a price…

It was after our conversation that realized the true meaning of my dream from Thursday night- there really are snakes in my midst…and the snake was this particular relative.

She baited and hooked me into the argument because that’s what conniving people do. When they have nothing else but their misery and pain, they have to bring everyone to their level. This idea was even more evident because she chose to let her child stand there and hear everything. She needed the audience so that she could continue her role as the “victim.” She needed someone to see her grand performance. And I played into her trap.

I sat in my room and immediately began to pray. I prayed for repentance because I had allowed the enemy to enter my home and invade my safe space. I prayed for guidance and strength to survive the rest of my relative’s visit- drama free. But lastly, I prayed for God to remove the negative spirit that has consumed my relative. Maybe she wasn’t always this way… or maybe she was… but it is my job to pray for her.

Trust me, in rereading this blog, I hear just how petty and juvenile it sounds… but it is also my truth. In my life, satan has sought to destroy me by entering the hearts and minds of those closest to me. I have never given any power to outside people. Instead, my family has always been the only group of people who could hurt me. The enemy knows that and that’s why he chooses to show up in them. But I see the blessing in all of this…

Much like Joseph in the Bible, some of my family members have done everything they could do to destroy me…but God has a plan and it will prevail.

My message for you is what my mother said to me: Don’t let them break your spirit.

It is so important that we find a way to find peace in every situation. Whether times are good or bad, we have to find a way to be at peace. Peace does not mean complacency, acceptance, or tolerance. Peace means that despite what’s going on, you are defaulting to a Higher Power- you are defaulting to God. For it is written in Isaiah 26:3 “You [God] will keep in perfect peace those whose minds are steadfast, because they trust in You.” When we trust in God and lean on Him-in all situations- He will be our peace.

After the argument last night I decided to follow my mother’s advice and do what I needed to do to prevent people from breaking my spirit. I had already decided at the beginning of the year that my peace was more important than anything, but I had the silent stipulation that that did not include family. But now it does. I will continue to pray for God to remove anything and anyone that separates me from Him and His plans for me, however now I know that this may include God removing some family members from my inner circle. And that’s fine …because I have to guard my heart.

There were three scriptures that helped me last night: Proverbs 26:4, Luke 6:28, and Matthew 5:44. I encourage you to read them and store them in your heart. Two things that I know for sure: 1. The enemy will attack but 2. God has already claimed the victory for us.

Peace, like honesty, is expensive- it comes at a lofty price. The cost of achieving peace in your life means removing toxic people and situations… and sometimes those people just may be family members. Trust God. Always seek Him and let Him guide your life.

5 Replies to “The price of peace…”

There was an error retrieving images from Instagram. An attempt will be remade in a few minutes.